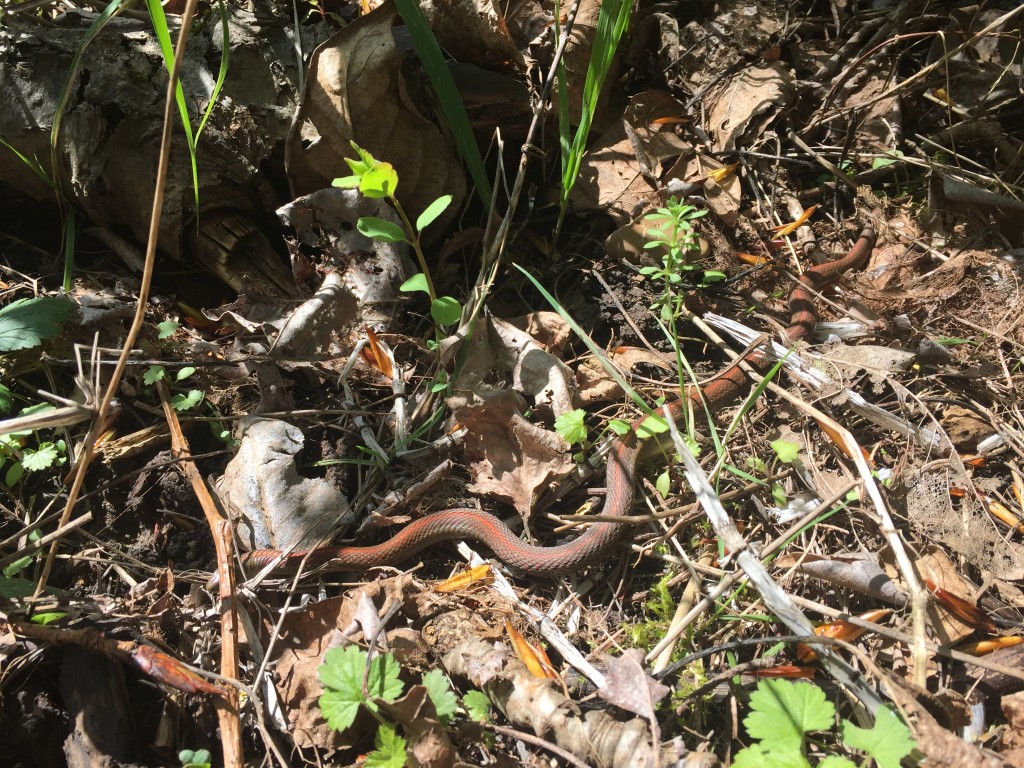 I entered the park at the Tenino Street entrance and followed the path west to where the rail fence begins. A young garter snake was basking in the sun as soon as I stepped over the fence. I pulled and dug ivy around a tree on the north side of the beaver pond, getting all the ivy I could see and a little blackberry too. Then I followed the path west past the spring and two foot bridges.
Immediately past the second footbridge on the south side of the path, by the lower “pond” below the bridge, is a large stump that was covered with ivy. I pulled and dug all that ivy, then dug out a large complex of clematis that was sending up vines well into the canopy and even across the path about 20 feet up. Here I had my first brush (literally) with stinging nettle. We don’t have this where I come from!!! OUCH! my blisters are still burning, hours later. Note to self: get gloves that are leather all over, not just the palms.
Anyway, I left that big pile of clematis and ivy by the side of the path near the footbridge and continued west. I cleared another clump of clematis and dug up its network of roots and some more blackberry. I saw three different species of woodpecker and what I believe was an Anna’s hummingbird, as well as quite a few wood ducks. There is copious very fresh beaver activity, including some large trees that are near being toppled.
I can tell that soon the nettles will be too high to work very far off the trail, especially near the wetland areas. Right now is a great time to work on clematis, as its vines are just sprouting new leaves and are still visible on the (mostly) bare branches of the trees. I hope to get out again in the next week or so before the ground cover really starts to be obtrusive. 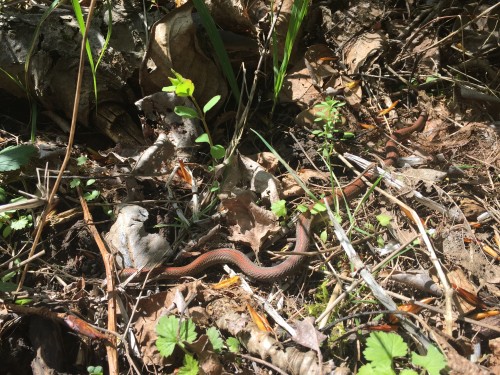