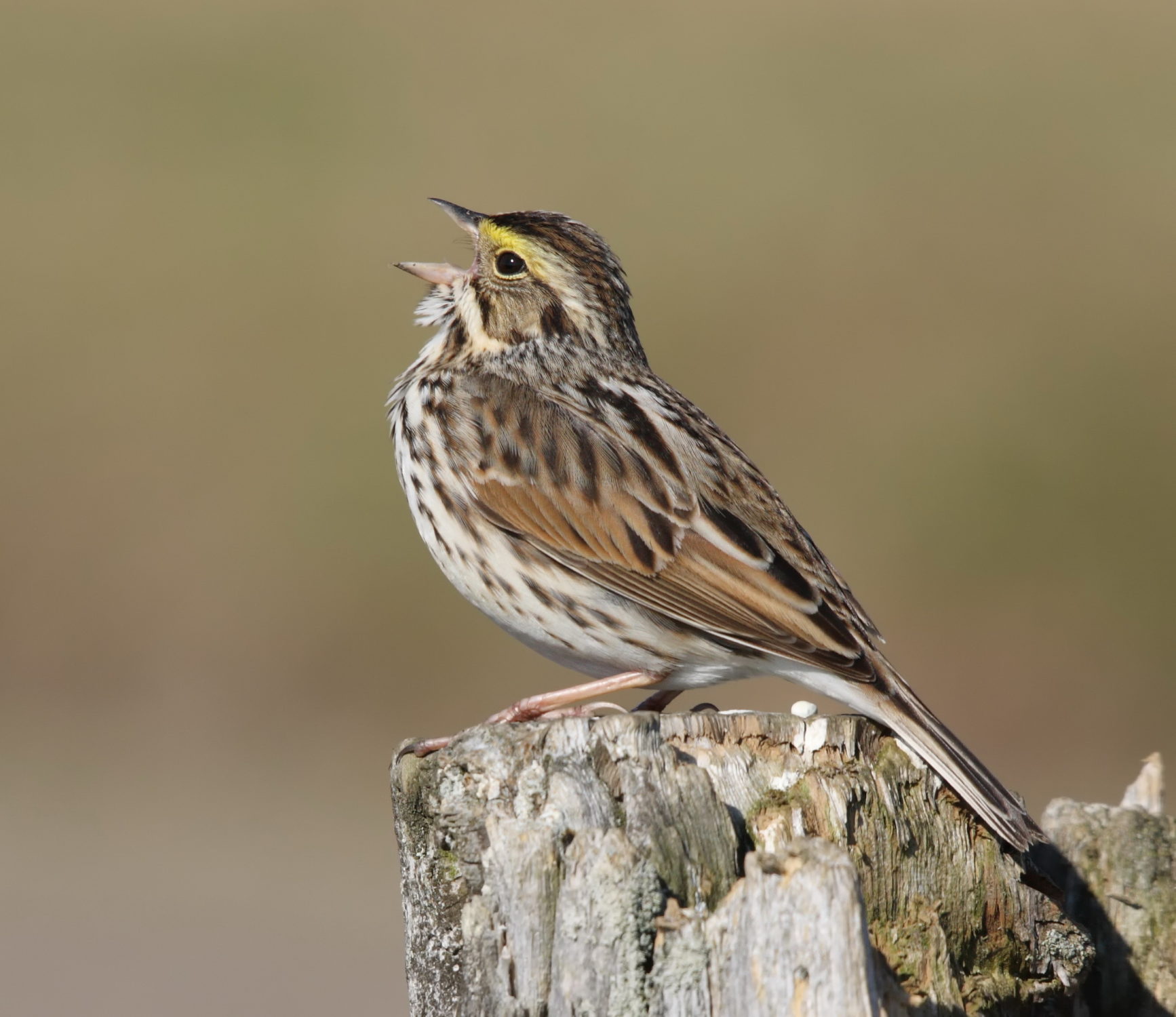 A virtual science talk highlights the contributions of volunteer birders

Oregon is known for its lush forests, but much of the western part of the state was once covered by a type of open grassland known as oak prairie. This unique Pacific Northwest ecosystem was maintained by Native American land management practices and hosted a diverse community of plants and animals, including many species of grassland birds. With the arrival of settlers and agriculture, most prairies were lost to development. Today less than 5% of Oregon’s prairies remain, and the only place in the Portland area where oak prairie can still be found is at Powell Butte Nature Park. On March 10th, the Johnson Creek Watershed Council invited Dr. Tom Virzi to give a talk on three years of community science studying the grassland birds in this special park.

Dr. Tom Virzi is the executive director of Conservation InSight, a nonprofit research  organization focused on avian conservation. His work on Powell Butte examines the demographics of the Savannah Sparrow, a grassland bird species which acts as a barometer of prairie health in the park. This is hardly the first time he’s studied sparrows: Conservation InSight is part of a long-term project to recover the endangered Cape Sable Seaside Sparrow in the Florida Everglades. In addition to his demographic studies on Powell Butte, Tom has also teamed up with JCWC to survey grassland birds in the park, including the Savannah Sparrow, with the help of volunteer birders.

During the community science surveys, volunteer birders walk fixed lines across the grassy top of Powell Butte and record all of the birds they see. As restoration activities like planting native plants or mowing grassy fields take place, the species seen and their relative number can change. Of particular interest are grassland obligates, species like Western Meadowlark, Vesper Sparrow, and Savannah Sparrow, which breed only in grasslands. A successful nest can indicate a healthy prairie, but a failed nest or a complete absence of grassland birds might mean an unhealthy prairie. Tom has found that Savannah Sparrows, which are relatively adaptable, do well on Powell Butte, but more demanding species like Vesper Sparrows don’t nest in the park, which is likely due to the small, patchwork nature of the prairies there.

One of the most immediate and striking results of the community science surveys has been the response from the government agencies that manage the park, including the Portland Water Bureau and Portland Parks and Recreation. With the help of Tom’s research, both organizations have taken steps to protect prairie-nesting birds. Major construction on the Powell Butte reservoirs has threatened Savannah Sparrow nesting habitat. To protect nesting birds, the Bureau of Land Management delayed construction until later in the year, after sparrow chicks had fledged from their nests. Portland Parks and Recreation also worked to improve grassland habitat elsewhere in the park, so birds displaced by the construction could have a better chance of finding a new place to nest in the following year.

None of this would have been possible without the help of many incredible volunteer birders who contributed time, energy, and data to the Powell Butte prairie-nesting bird community science project. Will the restoration efforts on Powell Butte succeed? Only time–and more surveys–will tell. If you’d like to help discover the answer to this and other questions, you can join the project as a community scientist. To learn more, come to the virtual surveyor orientation on March 22nd, 2022. To see Tom’s full talk, visit our YouTube channel.