Fish passage barriers block fish and other wildlife from passing up- and downstream, so that they cannot access food, habitat, and shelter from predators. The most common barriers in our watershed are culverts, large pipes that convey water under roads and driveways. Culverts can block fish passage in many ways, such as high drops, high water velocity, and steep slope.

In 2013-14, JCWC partnered with Portland State University to survey hundreds of culverts and dams in our watershed. Of the 273 surveyed culverts and dams, 70% were found to be full or partial barriers! We then used a statistical model to prioritize these barriers for future restoration projects, and produced a list of the 18 top-priority barriers.

In September 2016, we removed our top-priority barrier by replacing the culvert where Badger Creek passes under the Springwater Trail. Check out the photos below! 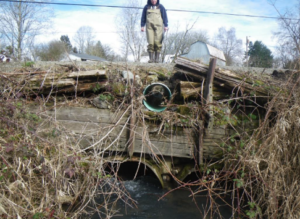 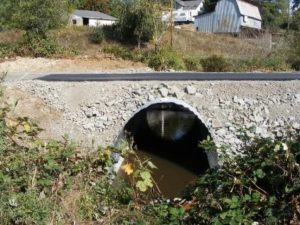 AFTER: A single, large culvert. 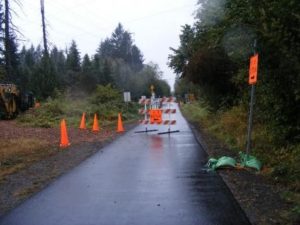 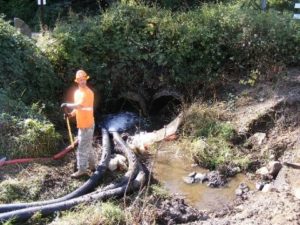 The stream was temporarily diverted through pipes. 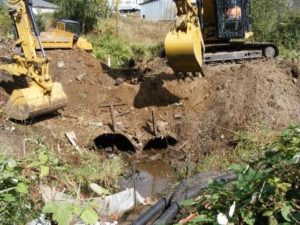 Excavation of the old culverts. 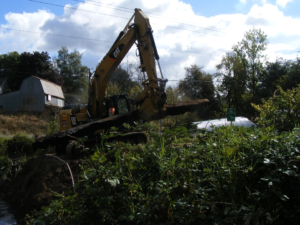 When removed, the old culverts broke in half! 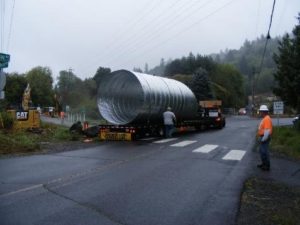 Arrival of the new culvert. 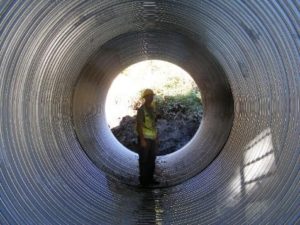 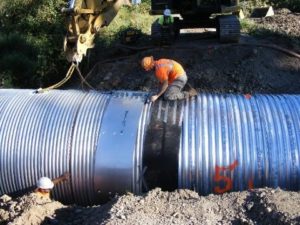 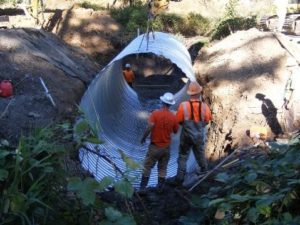 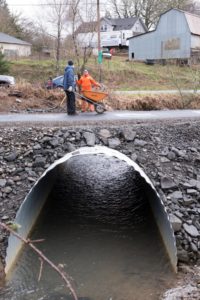 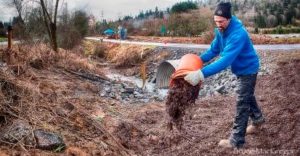 And spreading mulch for planting…