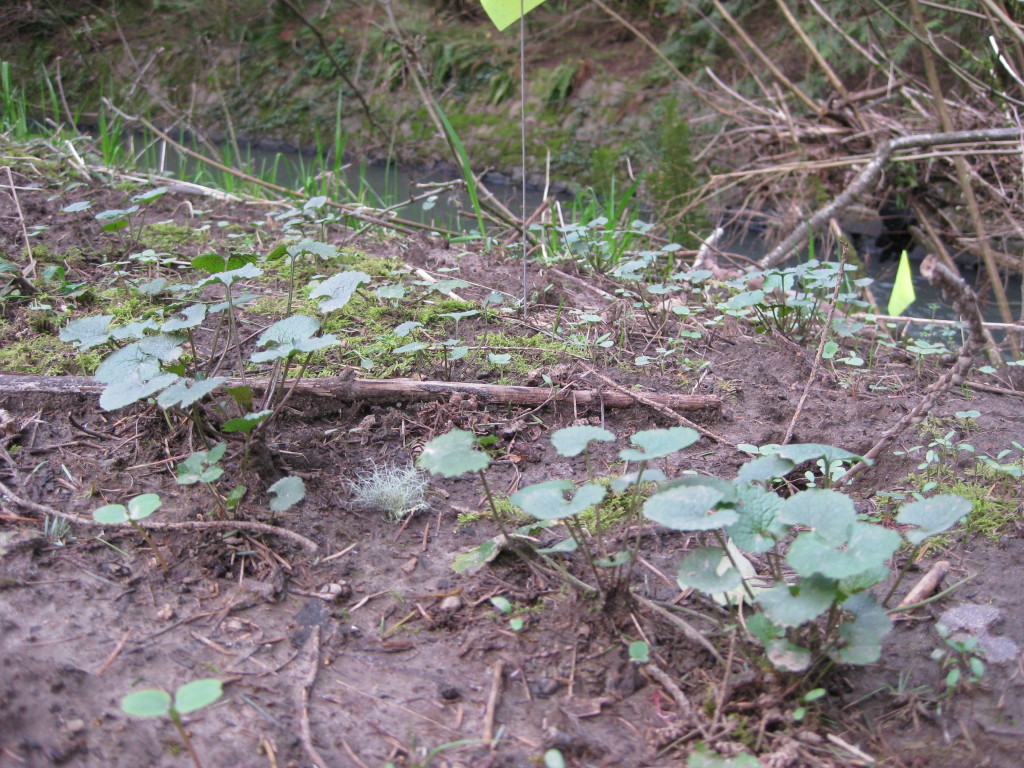 This was my first time out alone as a park steward so I wanted to get a good lay of the land and assess where the problem areas are. I started by pulling up some blackberries near the road, but quickly realized I was going to need a shovel to dig up the roots of the thicker vines. So I walked into the woods toward Johnson Creek. There was sporadic English ivy and Himalayan blackberries, I also came across Yellow archangel. There is Garlic Mustard on the fringe of the creek bank, so I decided to pull some of it up, clearing a few square feet. After that I followed a stomped out path along the creek seeing mostly ivy and garlic mustard. I ran into a private property sign and turned back. About half way I detoured and starting heading up the butte canyon. I found the switchback and made it to the upper portion of the park. This area’s biggest problem is English Ivy. I decided since I had walked all the way up there I might as well pull some of it. So I worked my along the hill and pulled up about 8 square feet. I came back down the hill a different way and stumbled across a deer trail with fresh tracks and scat. The tracks could have been coyote I’m not sure. On the way down I discovered some pretty nasty blackberry vines which I had not seen when I came up with Susan and Mart. I emerged from the forest and back to my car. Since this site is so huge I decided to then drive up Barbara Welch Blvd. and get a quick inventory of area 2. I found the pull out on the side of the road and started walking up an old maintenance road. This area looked pretty clear of invasives, although I wasn’t able to poke around for too long. There was some ivy and blackberries. Also there looked to be some areas where people had slept but no camps. Overall it was a fun trip and I now have a good plan of attack for removing invasive species. 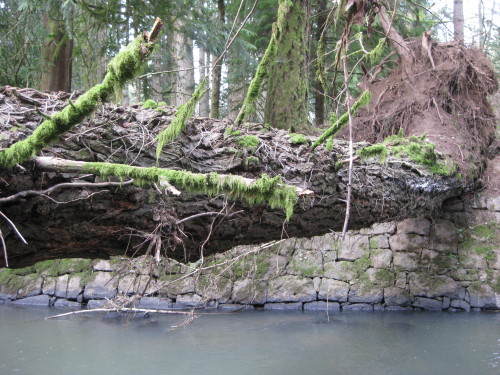 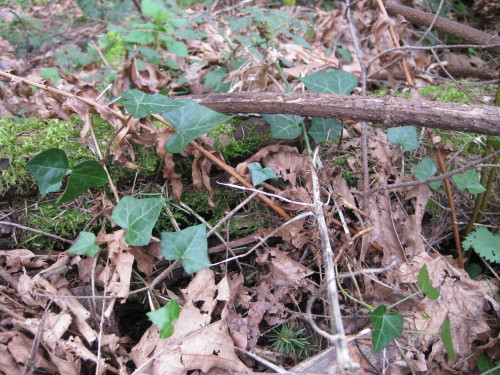 English Ivy at top of the Butte 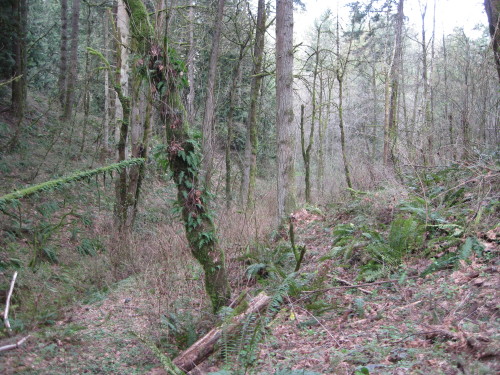 Looking down the Butte Canyon 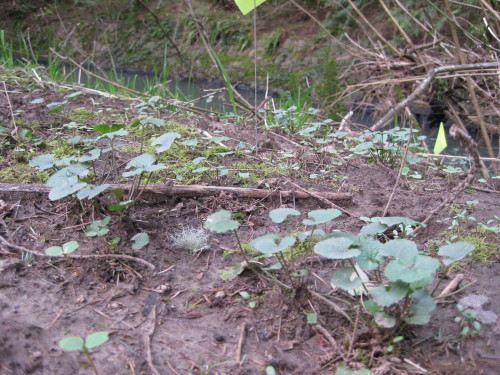