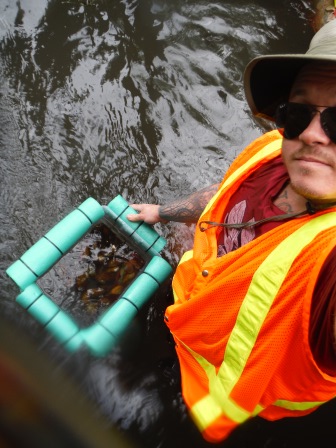 This month, Johnson Creek Watershed council paired up with the Crystal Springs Partnership to relocate THOUSANDS of Floater mussels near Union Manor in Westmoreland! These freshwater mussels are listed as threatened by the state of Oregon. In Westmoreland, local populations were at risk due to an upcoming, federally-mandated culvert replacement project to be carried out by the Oregon Department of Transportation. 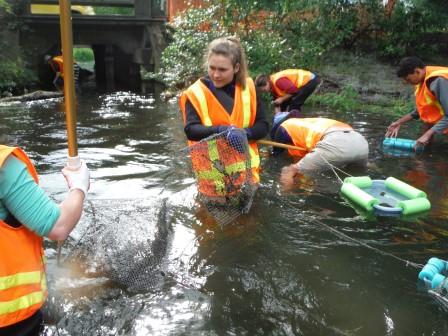 In addition to the construction project, these freshwater filter feeders are threatened by damming, reduced water quality, reduced fish populations, and other anthropogenic activity. However, despite their threatened status, trapping and relocating is not required, as it they are with certain fish species. 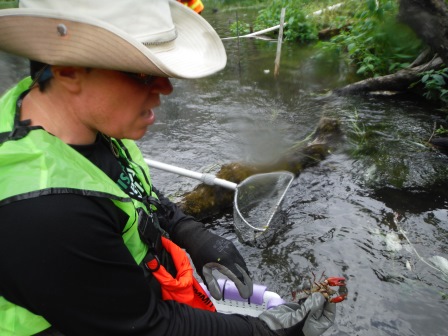 Scientists and conservationists came together and worked alongside local volunteers and ODOT officials during the voluntary two-day project, spearheaded by the Crystal Springs Partnership and JCWC. Relocation efforts were undertaken under the careful guidance of Celeste Mazzacano, former Xerces Society member and current chair of the U.S. Fish and Wildlife Service’s Pacific Northwest Freshwater Mussel Workgroup, who led the training and relocation efforts. Sunday, June 18th, volunteers were able to rescue 1,379 mussels. The following day an additional 1,325 mussels were relocated. The combined efforts of the volunteers over the two days netted a total of 2,704 floater mussels saved!

Volunteers worked to remove mussels from upstream, and downstream as well as within the culvert that is slated for replacement in the near future. These mussels were transported further downstream before being placed in optimal habitat at the South end of the Union Manor property. 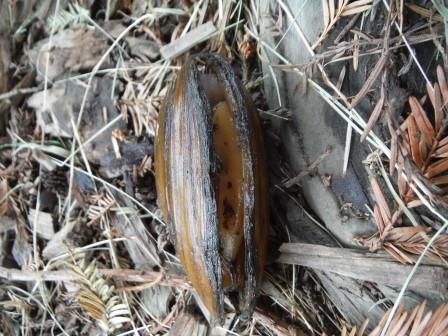 Read more (and watch a video!) in the Oregonian article on the relocation HERE.